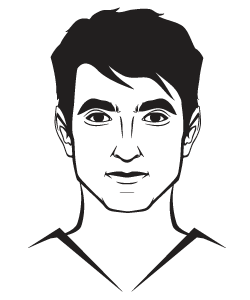 Chill Out: The Top Reasons To Consider A Freezer Room For Your Restaurant
22 December 2022

As a restaurant owner, there are many factors to c …

Cracked and crumbling foundations are a nightmare every homeowner wants to avoid, and one of the most difficult parts of dealing with foundation damage is figuring out how the damage was caused in the first place. A wide variety of problems can cause your foundations to become damaged, and damage caused by expansive soils can be particularly difficult to tackle.

What are expansive soils, and how can they damage foundations?

Put simply, expansive soils are highly absorbent, clay-rich earths that undergo significant changes in volume depending on local moisture levels; when wet, they expand, and when dry, they contract. Expansion of expansive soils can be triggered by wet weather, but they can also expand in response to rising water tables, diversion of local drainage channels, and other, more subtle changes in local moisture levels.

As you can imagine, hundreds or even thousands of pounds of soil can exert enormous forces when they expand, and foundations constructed in expansive soils are particularly vulnerable to the 'heaving' caused by expansive soils as they expand and absorb moisture. These heaving forces can cause foundations to settle unevenly, and also exert tremendous compressing forces on the concrete used to construct them, leading to cracks, leaks and, in the most extreme cases, severe subsidence that can cause catastrophic foundation damage.

How can you tackle foundation damage caused by expansive soils?

The first step in dealing with foundation problems caused by expansive soils is confirming that expansive soils are actually responsible for the problems. This generally means having the soil around your property tested, to determine the amount of clay and absorbent minerals that are present within it. Most soils contain a certain amount of highly absorbent material, so expansive soil should only be figured as the caused of foundation damage if the proportion of expansive elements in your soil is particularly high.

Once expansive soils have been confirmed as the cause of you foundation damage, repairs can begin. Unless the damage dealt to your foundations is particularly mild (i.e. one or two thin cracks that can be sealed with ordinary foundation sealants), this means calling in a professional foundation repair service; these services will be able to determine the exact nature of your foundation damage, and implement lasting repairs that are resistant to future changes in the volume of soil around your foundations.

However, foundation repair isn't much use if the source of the problem isn't dealt with, so you should also take steps to prevent further soil expansion when doing foundation work. There are a number of ways to go about this: